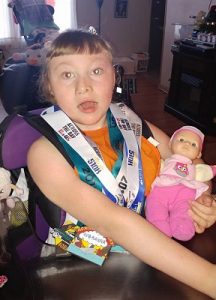 This picture right here makes my heart so happy!
This beautiful little girl right here is Shaelynn. My little rock star with her medals I earned from completing the Run The Bay series with Represent Running. We were matched on I Run 4 Michael 2 years ago on the 6th of November which also happens to be Shaelynn’s Birth month, She turns 9 on November 27th.
A lot of people ask me ”What is I run 4?”. Well it’s an organization that matches Runners with those who are not physically able to run themselves, often Children. It’ a wonderful organization where Runners and their ”Buddy” build a relationship and runners dedicate their runs to their match. Although it is not a requirement many runners send race memorabilia and medals to their match which is why Shaelynn lot’s so good sporting the medals I earned here. As Shaelynn was born with Cerebral Palsy and is unable to Run I Run for her.

Shaelynn was a huge reason why I got up at 4:30am  to go and Run the 3 events in the Run The Bay series. That and of course they’re 3 of my favorite events, completing the series for the fourth year, more than any other event I have done. This year I was also lucky enough to be a Race Ambassador for the second year.
In completing the 3 events in San Jose, San Francisco and Oakland Runners earned themselves a 4th connector medal that attached to make one huge piece of bling!
Thinking back I realize I was either hurt or injured for all 3 of the events this year but you know something? I still had a great time at each and every one. 2 day’s before the 408k I sliced my foot open on a broken glass, during June for the 415k I was experiencing some niggling pain in my right Knee that only got worse and was later diagnosed as a torn ligament that by the middle of September for the 510k was somewhat healed. Just enough for me to make it through. The issues if anything made the events better as I wasn’t so concentrated on Running I got to speak with a lot of the other runners who were all in great spirits and many I found were also returning to complete the series for another year. It just goes to show how Represent Running put on such a great job for people to return time after time. 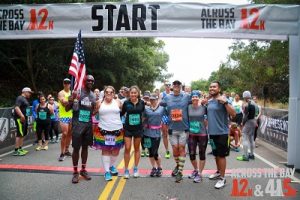 Each race day before the event all of the Ambassadors met at the Start line for group pictures which always had people in a good mood and meeting the occasional Instagram follower. I guess it’s nice for people to see the faces behind the accounts that promoted the races and see that we are real people that do genuinely enjoy the series. The start line picture is always one of the bests for me as I love to meet other runners and being that I’m a little socially awkward the fact that we all share the same passion makes it a little less so, plus every one of the Represent Running crew and Ambassadors are a really nice group of people.

Q. Where are these races?
A. They all take part in Northern California but you can also run remote and have your bib, shirt and medal mailed to you. The first of the series is in San Jose, then San Francisco and finally Oakland.

Q. So how do you get that extra medal?
A. If you complete all 3 events in the same calendar year you automatically get given the 4th bonus medal when you finish the 510k in Oakland. 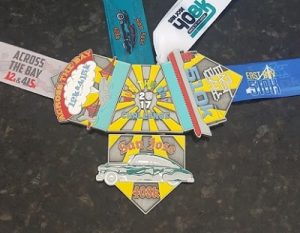 Thinking back over each event if someone was to ask ”Which was your favorite?” I wouldn’t be able to answer.. or I could but then if I’m asked again in 2 weeks time it will likely be completely different. All of the races are different and memorable in their own way. For example: I love the 415k as you run over the Golden Gate Bridge but then the 510k was a particularly good one for me this year because 1. I was so happy to be running again after time off to heal and 2. For a good 80% of the time I was mesmerized watching the little 8 year old Kid Running alongside his Dad in front of me. I must have had the goofiest grin on my face but watching this amazing little boy knock out 8 minute miles one after the other with his Dad was something special and is proof that the event is fun for everyone of all ages.

This year these are the only 3 events I took part in which I’m a little sad about as I would have loved to have done more for Shaelynn but also has be quite proud of the fact I completed this for another year. I guess I really did represent during the series challenge. 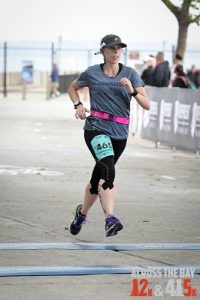