It’s been almost 5 months since my injury and last month I decided it was time to get back into entering Running events, no Marathon’s for a while but a couple of 5k’s just to ease me back in slowly.
December the 12th I joined some of my fellow Running Club members and did the Mountain House Jingle All The Way followed by the Polar Run (and optional Dunk) on New Years Day 2014. I am happy to say that both were a success! More than a success in fact, I actually placed 1st in my division for both events continuing my trend. 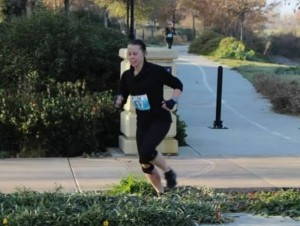 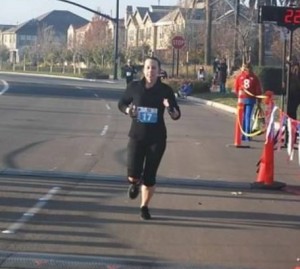 The Jingle All the Way Run I placed 8th overall and 2nd out of all of the Women, the Lady that came in first was just a few seconds faster. Not too shabby for my first real run in 4 months. The course was flat and for the most part along my beloved Creek Trail. It was a cold morning though (29 degrees) and my Asthma decided to really play up, I think the local Farmers may also be spraying something on their crops affecting peoples respiratory systems as other Runner’s in MH have said they are also having problems too. Nonetheless I had a great time during the event, post race was fun meeting locals and some of the members of my Running Club. 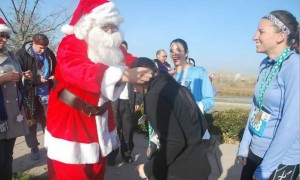 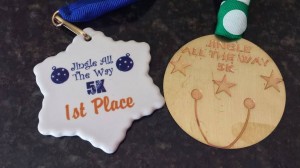 As for the Polar Run is was a little warmer (high 40’s) and was along the Trail around Eagle Lakes, there was a few steep inclines and declines which I was a little nervous about due to my Knee and the decline Running being the reason for my injury to be as bad as it was but I think I handled them really well, slowing down for them a lot. 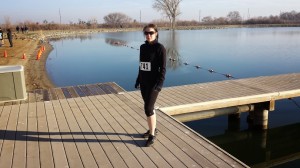 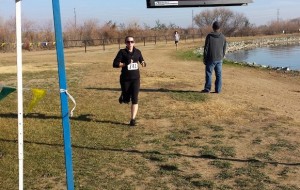 I was running against a lot of younger people, many of which were in the cross country team consisting of 15-17 year old males. It’s not easy racing against people 15 years younger than you but I had to represent the oldies and the Women out there and kept up a steady stride alongside them.
I placed 1st overall Runner in the event but if you take into consideration the optional dunk (which was added to your time) I actually placed in 4th behind some of the aforementioned Cross Country male Runners. An impressive feat even if I do say so myself. 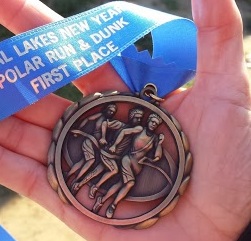 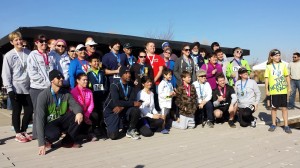 How was my time? Well.. although I did place in each event my time has suffered during my recovery. Where I did set a PR of 20:14 just a few days before the injury back in August 2013 I have added a little to my time having not been Running for a while.

I am pleased with what I accomplished in both events but there is always room for improvement and honestly I am just so happy I am able to Run again. It’s going to be a long time before my Knee is at 100%, if it even gets to that point which means that for now I am refraining from anything more than doing 10k’s. I have a few ”fun” running events already lined up for this year which I am super excited for.. watch this space!