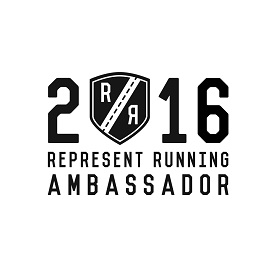 I am so excited and honored to say that I have been selected as an Ambassador for Represent Running and the Run The Bay series in 2016!! I found this out just before Christmas but was requested to keep it quite so that it could be officially announced and posted via the Represent Running website.

So, what is the Run the Bay series?
It’s 3 Running events in the Bay Area where if you complete all 3 events you bag yourself an extra medal and it’s some pretty sweet bling! The series starts with the 408k in San Jose on Sunday 6th March. This is an 8k (4.9mi) flat course starting in Downtown and ending at Santana Row.

If you can’t make it to any of the events but still want the goodies (Shirt and Medal) then you can sign up as a ”Remote Runner”. This means you get to run the distance at a time and place that suits you, meaning no getting up early and driving to the location. Although we would love to see you at the finish line parry! Plus in doing so you also get the awesome professional photos to show your friends.

The second Run is the 415k Across the Bay starting in Sausalito, going over the Golden Gate Bridge (how cool is that?) and finishing in San Francisco on the 10h of July.
The series then ends with the Let’s Go 510 in Oakland on the 10th of October.

I am going to be at each of the events and would love to have you come join me! All Running capabilities are welcome.