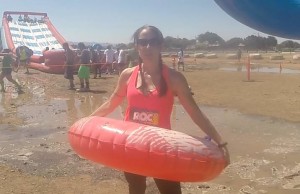 No, not those balls. Kindly take your mind out of the gutter, I’m talking Wipeout style Big Balls at ROC Race.
This year was ROC Race’s debut in San Jose and eager to partake in the obstacle course Steve and I signed up as soon as registration opened and I don’t mean within the first couple of day’s, I mean within seconds of it opening which snagged us both the ROC Race headband which went to the first 50 people. As ‘VIP’ sign up we also got the Tech T-Shirt too. 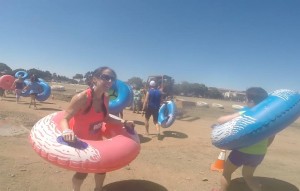 News spread within our Running Club of the event and we had some others join our ‘team’ Cookie Monsters which was great, much more fun with more people. John, Bernadette and Randy met with us on the day and we GoPro’d the entire thing between 2 camera’s.
The course was short at just 5k but so much fun, I kind of wish it was a bit longer though as it all seemed to be over way too quickly.
A lot of the obstacles were water based with huge water slides and ‘Wrecking Ball” where you try to cross a beam without being hit by 2 of the huge swinging balls inevitably knocking you into the water. 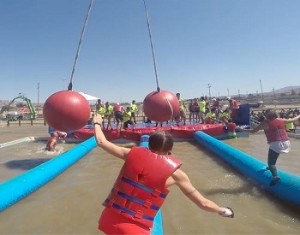 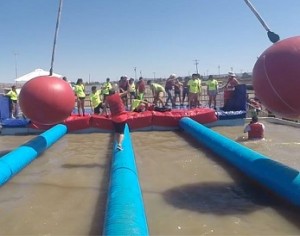 Not as easy as it may seem as the balance bar was extremely slippery and was moving a lot. I managed to make it about 85% of the way before falling in, Steve followed and was the only one out of the team to make it all the way across. Way to go Steve!!

Of course, the Big Balls were what everyone was the most excited about and was the obstacle that had the highest failure rate, people were being catapulted off in all directions which was absolutely hilarious to watch. Sadly 4 of Cookie Monsters did not even making it past the second ball but me? I made it all the way across and is where being small with a strong core comes in to play.

Where all of the Big Balls and Water obstacles were fun I did like the addition of foam, this was towards the end of the course and was one giant inflatable where you slide on Ass, Back, Stomach whatever you want through a pile of foam whilst also being being sprayed with more. You can come out the other side clean or completely covered from head to toe like I did.

All fun and laughs until climbing out someone jumps on the inflatable you’re sat on sending you landing on your Ass on the floor. And yes it hurt, like a mutha.

Despite the sore Ass I had a blast and can quite confidently say that everybody else did too. If you’re thinking of doing this event I have one thing to say.. DO IT! It’s not every day you have the chance to conquer the Big Red Balls or side in an inflatable ring down the ”Worlds largest inflatable slide”. 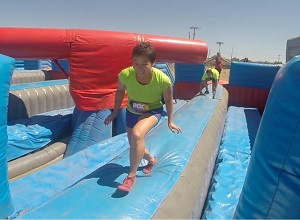 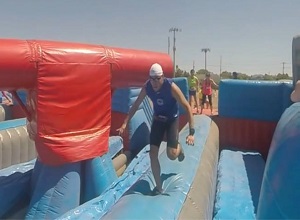 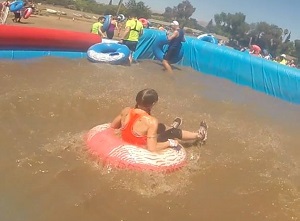 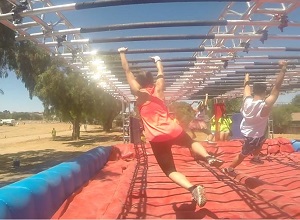