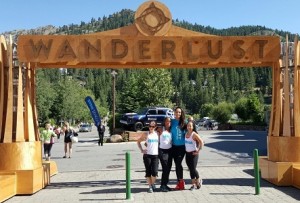 I feel so lucky that I got to attend this event as part of the Quest Nutrition team, it was such a huge event and a real honor to be one of the three chosen representatives for the company.
Ok, so first there was supposed to be three of us but then one dropped and and with just a couple of days notice they manged to find 2 back up’s so there were three of us for the first 3 days then four of us for the following 2. The other Ladies I worked with were also fellow Fitness Fanatics and we all got on well which was just as well being stuck in the tiny booth together for 10 hours a day. Plus I also carpooled and drove another of the Ambassadors to the retreat and back.

The drive up there had me really nervous and almost had Steve come with me so I was really grateful to have some company on the drive which was long an started on the Wednesday morning. Arriving at Wanderlust in the afternoon we got straight to work for a few hours setting up the booth before checking into out Cabin which was complete with a Sauna and Hot Tub!! This isn’t the usual accommodation for Quest Ambassadors, usually I’m lucky to be put up in a Hotel so this blew us away, our own little retreat in the woods.

Our work day started at 9am on Thursday and despite being the first day of the event when it’s the quietest day we were insanely busy. This being down to the fact that there was only 3 of us and we could only keep a limited of product in the tent meaning lot’s of trips to the storage leaving just 2 of us to hold down the fort.
Working the booth we were quite surprised to find many people had heard of Quest Nutrition before, Yogi’s isn’t the usual Quest crowd so it was pretty cool to hear how well known the product was and for those that didn’t know of the brand it was fun informing them of it and even sharing a few of my own personal recipe’s. I met so many really nice people and even Carl Pilkinton’s new co host for the show ”An Idiot Abroad”. 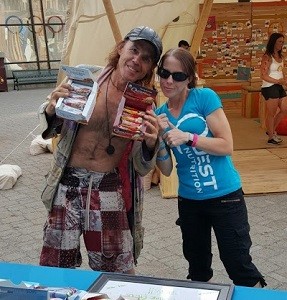 Watch out for him on ”An Idiot Abroad”.

As always, I had lot’s of comment about my accent which the other girls found amusing. It was a little embarrassing at times as a few guys told me to ”just keep talking” because they loved the way I sounded. Awkward!! I also encountered 2 super cute little girls on separate days, girl 1: ”I really like your voice!!” and the other” ”I like.. umm.. what is it?.. The way to talk”.  Since moving to California I’ve always been so conscious of the way and talk and mentioned that I wished I spoke more like everyone else only to be told hell now and that my accent ”Is appreciated”. That makes me feel a little less self conscious. 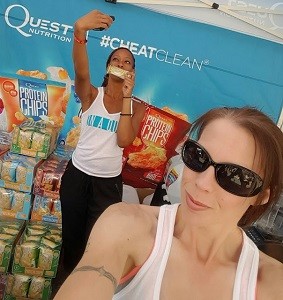 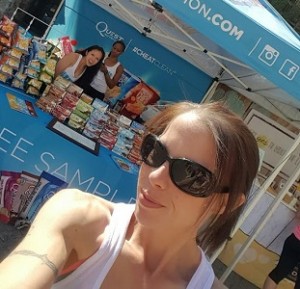 A few moment goofing off with staged Photo-bombing

Anyhow, the last 2 days of the event we had the additional Ambassador and help from two official staff for Quest who covered some breaks so we were able to explore ad enjoy the festival a little. I was lucky enough to have been given a 4 days pass ($540 value!!) as part of Quest being one of the sponsor’s for the event. The pass gave me access to all of the events and classes but sadly was too busy to take any or when I did find one I was interested in (some of the Run’s) they were already fully booked. It was cool though, checking out the other vendors was fun and I got hooked up with some great goodies. The setting was also beautiful, nestles right in the mountains and we were lucky with the rain that was forecast to start just as we were heading home on the Sunday. 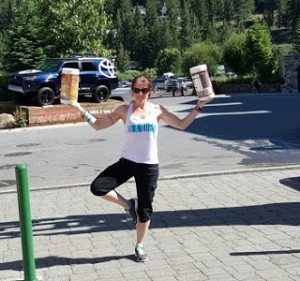 Yeah, I don’t do Yoga

Being away from Steve for 5 days was rough and the Friday was also the 10 year Anniversary of my Mum’s death so I was a little emotional but working with the other Ambassadors kept me entertained. It’s amazing that someone who was a complete stranger just days before comforted me more than one or two people that call themselves my friend, this gave me time to also reflect on those I have in my life and maybe that changes need to happen.
On the last day our Team lead also presented me with the sweetest gift too – A Tank top. I had seen people wearing this tank all weekend and I mentioned that I wanted one but then when I found the stall and discovered it was $30 I decided I couldn’t justify spending that on just one top. The Lead (Cassiah, who I have worked with at 2 previous events) then went and brought it for me!! She had her eye on some Lululemon Pants but passed up getting them for herself in order to but the Tank as a ”Thank you for working so hard’. I still can’t get over the gesture.

Coming come on the Sunday I was happy for such a great experience but also counting down the miles ’till I got home to see Steve and our fur babies, this is the longest Steve and I have been apart for around 6 years and had it not been for the great company I was in I would have ended up driving home in the middle of the night.
I’m thankful for such great experiences with a company that I feel so passionately about. 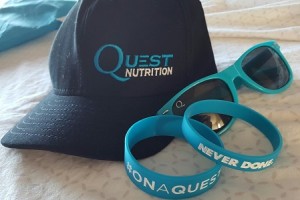